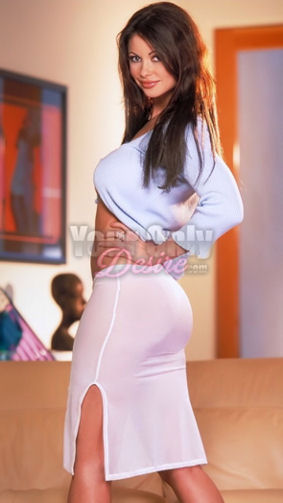 Some days, nothing can be more boring or drag on longer than work. Between long hours, repetitive tasks, and high pressures, it can leave you utterly depleted. However, thanks to me, your workplace does not need to be thought of in such a dismal way. Think of me and my voice as a haven for all of the dull and dreary tasks at hand.

Recently, a friend of mine who is a businessman learned this in a big way. He is professional, successful, and always up to meet the bar – he’s not someone you would think had any problems with pressure or nerves. In most cases, he doesn’t. When a very high profile project landed in his lap though, it was a different story. He didn’t drop the ball or crumble under the mounting pressure by any means, but he confessed to me that as the date of the presentation grew closer, he struggled with a bit of anxiety about presenting in front of so many powerful people and meeting their expectations. I comforted him as best I could and then told him I think I could help. He asked me what I had in mind and I told him to simply, trust me.

He had told me quite a bit about his presentation, so I knew ahead of time that he would need to use his laptop to oversee some of it and pull up additional files if he should be questioned about them. I asked him on the day of his proposal to leave the software running that we’ve occasionally used for him to read messages from me. He was definitely a bit wary, but he has grown to trust me over the years and knew I would not let him down in any way.

It was 11:00 AM and he began his proposal, the first 10 minutes of which I knew involved playing a video compilation related to the project. The lights would be dimmed and everyone attending would have their attention focused on the screen. Thus, it was time for me to begin my own “presentation”.

I began by sending him a message that I could not stop thinking about how his cock had felt in my mouth the night before. The way it throbbed, swollen against my tongue and how delicious the thin stream of pre-cum he left across my lips tasted. I immediately got a response back asking me what I was doing. I ignored the question and continued on to tell him how hard my nipples were just thinking about it and how good his thick cock would feel pressed between my breasts. He began to type a response…and then he quickly stopped. Immediately, he realized what I was doing. He was overcome with desire and he had no power or will to stop it.

I continued sexting him. First, telling him to imagine that I was there knelt down beneath the podium. I was slowly unzipping his pants and sliding one hand into them to feel his growing erection. I told him to imagine how my soft hand felt, stroking and gently squeezing, as I pulled his pants down farther and slid my tongue up the seam of his balls. I asked if he was fully hard yet and received a quickly typed, “god yes”.

I proceeded to outline in an additional 10 sexts or so, with great detail, how I would wrap my hungry mouth around his shaft and how much it would turn me on to blow him right there with all of his peers and bosses in the room. How I would bask in arousal watching him trying to maintain his composure – much like he must have been doing reading my messages in front of all of them.

I then went on to confess to him that the ultimate act, however, would be for him to bend me over the podium right then. Hike up my skirt and push me down to expose my swollen, dew-covered, pink lips amidst the glow of the presentation. I parted them with two fingers to guide his cock deep into me with all of the big wigs watching with awe and jealousy. How hot it would be to grip the podium edge as he rammed me mercilessly, again and again, until he exploded deep within my warm walls. How I would love to feel his cum trickling down my thighs and onto the boardroom floor for all to see.

Just a moment later, my phone dinged with a single message back from him. “Thank you,” was all it said and I knew then that he had blown his load right there at the podium while his video played just a few feet away! He told me later how hard it was not to make any noise when he came and how a few small grunts slipped out. He tried to cover it up with a cough to clear his throat, but he got a funny look from a couple of people seated in the front. If they had any idea what prompted those sounds they certainly didn’t let on. He also told me that it was one of the sexiest things we’ve ever done and one of the most intense, mind-blowing orgasms he’s ever had. After I completely distracted him from the butterflies in his stomach, he said the rest of his presentation was smooth sailing and a complete success.

I know how hard he works and how the pressures can add up. I know how hard you work too and how much your work must get to you. Is it the pressure, or maybe the repetition? Either way, your workplace can also be a play place. Sometimes you need a release. You just have to seize the opportunity…a lunch break quickie, a visit to the men’s room, secretary role-play, bending me over your desk or just balls deep fucking me in the supply closet. Maybe you prefer the copy room on top of the copying machine? You can be as quiet and as quick as you need to be. (Don’t worry, I know what to say and do!)

So, the next time you’re nervous about that big presentation, let me be your podium puppeteer. I’ll magically make your cock come to life, even with no strings attached.