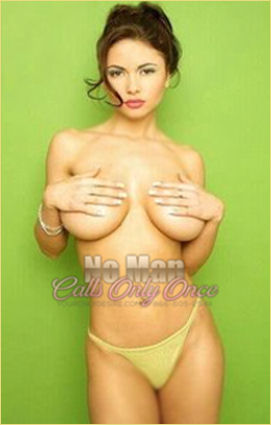 They say everyone is Irish on St. Patrick’s Day. In some ways it reminds me of New Year’s when even the most boring, homebody types occasionally will venture out past 11 for a night of debauchery. I’m not Irish, but I do love the idea of a day where everyone goes out with a plan to get drunk.

When I was coming of age I was definitely one of the cool kids, but I was always happy to hang out with the not so cool kids who didn’t have exciting social lives as well. It was on St. Patty’s that I really established myself as the queen bee reigning over all of the worker bees.

By my sophomore year of high school I knew everyone who was anyone, and the entire school knew who I was. A beautiful face on a chesty girl is noticed by all: male, female, student, teacher, and parents (especially fathers).

I was not a tit bully, the kind of girl who lords her superiority over girls with smaller cup sizes. But I was certainly accustomed to holding court among my peers. When I got to high school I started hanging out with an older crowd. At first, I was in awe of how cool the older girls were, and how macho some of the guys were.

I was a 14 year old freshman when I started dating a senior who was the football captain. We broke up before my sophomore year. After a year of swimming with the bigger fish, I no longer wanted to be just one of the cool girls. I wanted to assume leadership, and there were definitely a few who saw me coming. They undermined me, trying to keep me out of the loop on the big parties, but my male audience never forgot to invite me. I soon realized that they were my golden ticket to ascension.

On St Patty’s, the basketball team threw their annual end of season shindig. They called it their “March Madness” party. As a freshman, I was still intimidated and a bit uncomfortable there. As a sophomore, however, I arrived with a plan. I made a point of flirting with several different guys, asking each one if they knew what time the wet t-shirt contest was supposed to start.

That’s all it took to ensure that there would, in fact, be a contest! The buzz had started, and the drinks were flowing. Finally, one of the senior ball players announced it, asking who was in. I, unabashedly, stepped forward. No one else did. No one else dared.

One of the older bitches called me a skank, generating a few laughs from her lackeys. I was ready though, and said aloud, “I will take off my top and let all of you soak in a nice long look at my wet tits. But first you have to take that envious one over there,” I said, pointing to the jealous girl who just mocked me, “and escort her to the sidewalk.” The room stood silent. “Boys, I promise you that I will wait for you to return before removing my top. But you do need to deposit her out on the sidewalk before you can completely indulge in me and my tits.”

The following Monday, I floated on air down the hallways of my high school. No girl misunderstood my powers. I had the most beautiful set of tits anyone in the school had ever seen and I just declared how much I knew it. I wore tight blouses and let guys see them bounce as I walked. I showcased cleavage that shook male teachers into giving me grades that I hadn’t even earned yet. (Although, I was more than capable of earning my own grades because my brain is just as powerful as my breasts are!)

A couple of weeks later, when another less attractive girl attempted to offend me, I allowed her boyfriend to suck on my tits. After he did it, I told him if he ever wanted to suck on them again, he needed to tell his girlfriend what he had done.

Call me, my king…

I’ll show you all that this naughty queen is willing to do to retain her coveted crown!