The End of my Innocence – Part Two 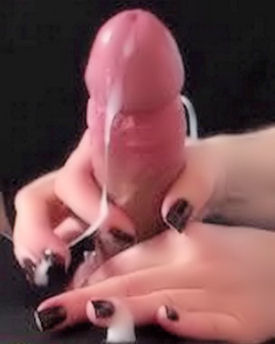 The next day, when I woke up, it amazed me how easily I had taken control of the situation with Sean. I knew that he was completely mesmerized by my voice and I realized that something had changed deep inside of me. I had a developing body that even older guys couldn’t resist staring at, but from what I’d heard, a lot of hot girls didn’t know how to get a guy, much less take ownership of one. This story is about how I came to realize that I could tap into my sexual powers at will, and fill any man with uncontrollable desire.

This was right around the time when cell phones were becoming ubiquitous, but text messaging was still for the truly technologically savvy. I wanted to get Sean off again, but I couldn’t just summon him over to me. Instead, I bicycled over to Foot Locker where he worked and I waltzed into the store. When I found him, I whispered “You want to talk me on the phone again, don’t you? Before he could answer, I said, “we can play on the phone again, or actually even do the things you want me to do to you, but I need you to do something for me.” He nervously asked, “Whaaaaaaat do you want me to do, Ashlee?”

“How about you take me and my girlfriends to the Aerosmith concert next week—you pay for the tickets and drive us.” He was a bit stunned, but he was trying to maintain his composure. This was his first time seeing me in person and he was taken aback by my visually arresting looks, and the ultimatum I had just given him!

“That’s quite a lot. Those tickets are not cheap and it’s not like I’m rolling in the money with what I’m getting paid here. I’ll do that if you promise we can get together,” he replied.

I agreed, but I told him my parents would be home, so we’d have to do it at his house. I had to admit that I really wanted to see his cock. I had only seen a cock in magazines and on television, but I never actually saw a man’s cock up close. I knew that he would do whatever I said because my voice and body controlled his every action, so I wasn’t worried about him trying anything that I wasn’t comfortable with. Since I had him completely thunderstruck, I could play with him as I wished.

Not too long thereafter we were on his parents’ couch, just talking. I wasn’t sure when this was all going to happen. Just then he started brushing the back of his finger along my right nipple. It instantly tightened up and became erect. I instinctively put my hand on his leg and squeezed. “Are you going to take it out?” he asked me. I was about to reach for his belt, but he was too aroused and anxious to let me, instead he quickly unbuckled his belt and unzipped his fly. I watched as he pulled his pants off and his big phallus stood up at full attention (he had been hard as a rock well before we sat down). It was beautiful. I wanted to rub my face on it, put my lips onto the head and suck it hard with my lips. I wanted that cock so badly, but I was nervous.

I then remembered who was in charge (me of course) and I slowly stroked his cock and listened with pleasure as he moaned. I knew that I could control guys with my voice, but in that moment, I discovered that my voice coupled with my body gave me a one-two punch that no other girl my age had.

So there you have it. Having my hand on a cock for the first time lit a fire within me and I knew that it had all started from getting a guy excited over the phone. Since then I have definitely honed my sexual powers. I love getting you off and you can feel that every time we speak. It all dates back to that first time when I realized how exhilarating it was for me to get in a guy’s head, explore our magical realism, and listen to him as we explode together with eardrum splitting orgasms.

I love you babe. But you love me more.