The Cat-Call of the Wild 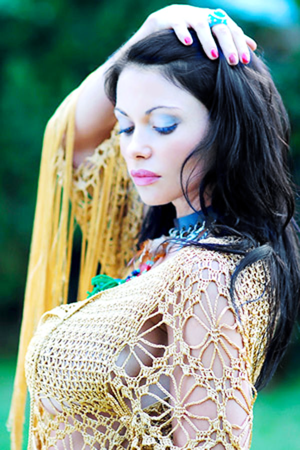 This is a story I think that every man can appreciate. I say that because having gotten to know you, I’ve learned a few things. I know that every man that lays eyes on me wants to sleep with me. I’ve known that since my early teen years. After I developed breasts, I found that even my girlfriends’ fathers and older brothers would take long glances at me and their faces always lit up when I entered the room. At first it was a bit intimidating. When I caught my own uncle checking out one of my girlfriends in high school, I realized that they were not being creepy; it’s just that males have an involuntary need to take in beauty and hotness.

I can’t fault a dog for barking at a squirrel or a smoker from wanting to light up a cigarette. It’s in their nature. The same goes for men. It’s in your nature to get excited about a hot piece of ass that saunters by. How a man deals with that excitement, however, is what separates gentlemen from the obnoxious types. A long time ago, I concluded it was okay for men to look at me, even longer than most girls will tolerate. It’s the price I pay for being cat-call hot. I can’t dress to impress and then expect only the guys I’m interested in to notice. It’s all or nothing. I choose all.

With the onset of spring (officially yesterday), and the weather warming up, flesh comes out. Girls all over put their legs on display. Tits are the ultimate tease because in order for a man to really take them in, he has to be obvious about it. A quick glance is rarely ever enough with flawless breasts like mine. Legs, on the other hand, are another story. You can walk behind me and stare to your heart’s content. When I wear a short, flimsy dress, just a slight gust of wind is enough to blow open a view that turns excitement into an erection. That’s what happened to me this week.

I went to my local cafe for lunch this week. During the middle of the week, there are only so many people around. That’s part of why I enjoy going out there. I can wear what I want to and only have a few guys who cross the line into making a fool of themselves. During the weekend everyone is about, so I find myself being a bit more conservative when I’m just running errands or bip-bopping around. This day in particular though, I wore a little mini skirt that barely covered my ass. Most of the people who work at my favorite spot are female, so I’m more likely to get treated with resentment than hard stares.

When I made my way into the cafe there was a man there that had no manners. He stared and stared, despite my making eye contact with him that said “Stop”. I decided to ignore him. After about an hour he came up to me, put a note on my table and left. I picked it up and read the following in blue ink, “I just needed to tell you that I and my cock won’t be able to think about anything but you for a very long time”. It was at that point that I realized that I need to put jeans on or else this kind of attention was going to follow me the rest of the day.

Shortly after the note, I left to go home. I took the long way because it was such a beautiful day, the first in a long while. There was a construction site on the way. I had passed by it numerous times, each time seeing that the workers were inside the worksite, too busy to take notice of the passersby. It was just my luck, however, that I was happening by just as they were on their lunch break. I eyeballed about a 20 yard distance that I’d have to walk during which I’d be in full view. As I approached, still a bit away, the men started to gather near the fence that separated me from the site. I kept going, figuring they’d gawk, but also hopeful they’d be respectful enough to not say anything. I was wrong. “Holy fucking shit; this girl is the shit!” one of them yelled. With the opening volley thrown out, the rest felt licensed to join in. “Girl, your tits are looking fine today!”

At first I pretended to ignore them, but I was unable to maintain a straight face. The irritation I must’ve shown only egged them on more. “Damn baby, if you let me bend you over, I’ll give you everything I have.” That caught my attention. I decided to tease him a little. I walked towards the fence, stopping about 2 feet away. “What else do you want to do to me?”

All of them suddenly went silent. I don’t think they were ready to be confronted. If my attention was enough to stun them, I wanted to do even more. “Sir, I can think of more than one thing that I could do to you that would make you want to give me all your money.” Two of them grabbed their crotches. The cat-caller’s eyes bulged wider than his crotch. I continued, “What would you do if I got on my knees right now and asked you to put your cock through this fence for me to suck it? Would you take it out right now?”

The others started goading him. He couldn’t move. There was more banter and yelling, but I was fixated on this one man and the spell that I put him under. What I have learned from you is that when a man falls in lust with a girl, it’s not enough to massage his cock. He wants more than anything to put it in me. Short of that, he wants—no, needs—to be able to express himself out loud. It’s like yelling when you’re angry; you have to let it out. Telling me how hot I am, how much he wants to bend me over, spread my lips and thrust his massive erection into me is not a choice. It’s a frantic need for release. A release as powerful as the cum building up inside his balls. He needs for me to know. Thank you for teaching me that. I am grateful for it.

I want to reward you for your enlightenment, and give you the chance to tell me how hearing my voice leaves you no choice but tell me how much you need me. Call me babe. Because that construction site cat-caller can’t be the man only man who I pleasure today.

I welcome the cat-call of the wild when it’s coming from you.