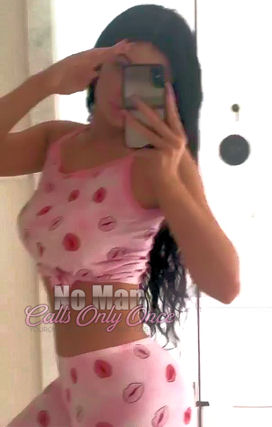 One Saturday night after my high school graduation, I had some of my classmates over for a sleepover. My girlfriends were splayed out on the floor of our den as they covered their eyes and laughed nervously as the serial killer on the television screen hid himself in the heroine’s closet. I saw my dad as he glanced over to ensure that my mom was just as absorbed in the movie. Sensing a chance for fun, he pulled me closer to him.

I laid my head on his shoulder, and I felt him slide his large hand over my thin pajama top to fondle my firm breast. I let out a soft gasp, and whispered in his ear…

He put his other finger to his lips to shush me and began to squeeze my breast, feeling my nipple harden beneath his thumb. I squirmed as if to move away, but he pinched me just hard enough to get my attention. I stifled a moan before grabbing the blanket at my feet and settling back against him.

He took the blanket from me and spread it over the two of us. He put one hand on my thigh, and I could feel his cock begin to stir. Now that I was covered from view, he pushed his hand up my pajama top and cupped my bare tit. He leaned his head down and nuzzled against my neck, nipping at my ear lobe lightly with his teeth.

“You shouldn’t have brought them home with you,” he whispered. “I need you, and I’m going to have you.”

“I’m sorry, Daddy,” I replied. “I thought you had to go out of town this weekend, or I wouldn’t have brought them. I need you, too.”

He pinched and teased my nipple some more, then slowly traced his fingers over my tight belly. My PJ bottoms were a bit snug on my shapely hips, but his hand still swiftly found its way under the waistband. It had been weeks since he had touched me, and I could tell that he was pleased that I wasn’t wearing any panties.

Daddy always got a thrill seeing my voluptuous body in such an innocent little getup with all those red kissy lips adorning my form. He loved the way my tops were always a size too small, barely containing my luscious tits. What really turned him on the most, however, was how clingy and sheer my bottoms were, the way they hugged my tempting flesh. I knew he craved seeing me saunter around in next to nothing, and pleasing him made me a very happy girl.

Sometimes I would sneak into his bedroom while my mom was showering or downstairs cooking breakfast wearing my tightest PJs and straddle him. I would grind up against his cock, teasing him until he just had to feed my tight pussy his leaking cock! Invariably, we ended up with me bent over the edge of the bed, pants around my ankles, as he emptied himself into me from behind.

There was no chance of that tonight, but he wasn’t easily dissuaded. He ran his fingers up and down my hip before slipping lower and cupping my fleshy ass. He squeezed and rubbed and lightly dug his nails into my cheek. When he slid a finger into my crack, I let out a barely audible sigh before removing my hand from his thigh and clamping it over my mouth.

He moved lower, until the pad of his finger found my rosebud and flicked at it. He felt my hand back on his thigh, and then I reached up under his loose gym shorts to grasp his throbbing cock. I fondled him slowly as he continued to explore my nether regions under the blanket.

He could feel the heat radiating from my pussy as his fingers moved closer. I was already moist as his middle finger made contact with my slit, and I shifted slightly to give him better access. I stroked his cock a little more insistently as he pushed the tip of his finger inside my dewy lips. We continued our furtive touching until a particularly loud and frantic scene in the movie began. My Mom was getting too scared and went off to bed, and my friends were thoroughly enthralled in the events unfolding on the TV screen to even notice us.

“Get on my lap,” he hissed and began pulling me over. We remained covered by the blanket as I sat backwards on his lap facing the television, grasped his big cock, and positioned it at the entrance of my dripping wet pussy. I slowly lowered myself onto his rigid pole until he was fully inside me. We each took a moment to adjust before he settled his hands on my hips and began to guide me slowly up and down.

We found a nice rhythm and increased our tempo. Each time I lifted my hips about half way off of his cock, He’d thrust up and pull me back. I could feel my juices running down his shaft, and his gym shorts were definitely going to have a noticeable wet spot when he stood up. He reached his arms around to bring his hands to my glorious twin globes, squeezing both mounds and pulling at my nipples under my flimsy top.

I started to moan, and he pressed a hand over my mouth before we could be discovered. I bit down on his palm, and he growled low in my ear as he pinched my nipple tightly. I leaned back firmly against him, and he dropped both of his hands back to my hips and started fucking me hard and fast, but silently.

I flipped onto my back, my head in his lap. My deep, dark eyes twinkled with delight as I smiled and looked up at him. He mouthed the words: “You’re such a good girl, Ash”.