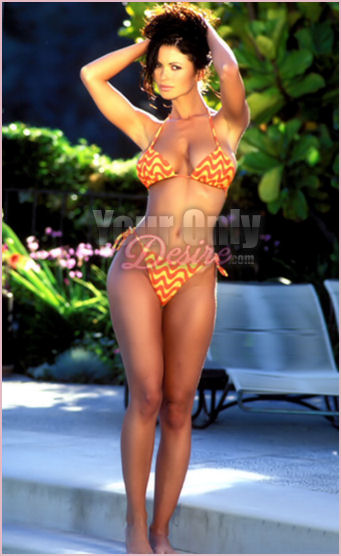 The older I get, the more of my friends wind up getting married. I still get to see my girlfriends a lot, but it’s always when it’s girls-night-out. I don’t find myself getting invited to dinner parties or couples events. That’s the life of a single girl, and while for the most part the pros outweigh the cons, I do sometimes feel a bit lonely. At first I thought it was just a matter of my not fitting in at those types of social gatherings. I have since realized there is another reason yours truly does not get invited.  Apparently I’m perceived as a threat by married women.

A married man might be a happy man overall, but that does not mean that the excitement in his life is anywhere near what it was when he was younger. I represent that lost excitement that his wife once instilled in him when she was younger, her tits firmer, her voice more sensual sounding, her wandering hand more playful. She used to be hot for her man. He used to be hot for her. Love may be more important than lust, but lust is clearly more powerful. It is the lust that they no longer inspire that scares wives away from me.

A few weeks ago one of the neighbors had a pool party.  It’s a couple in their 40’s. I’ve met them on the weekends when we’ve all been out jogging.  Our paths crossed when I was nearing the end of my run. The perspiration my run induced made it look like I took a shower in my clothes. We stopped momentarily to say hello. Even if I wanted to, I could not prevent my chest from heaving up and down.  The sight of my cleavage was too much for him to even try to look away.  It was the elephant in the room for a moment. We went our separate ways, but the impact those few seconds had is still being felt, in more ways than one.

I wanted to go to their pool party.  I know why she didn’t want me there.  She’s lying down at night, rubbing her man’s chest, kissing his neck, asking him if he still finds her beautiful and sexy.  Despite his assurances, she knows that she is no match for me in a bikini. She knows that if she invites me to the party, at some point I’m going to go in the water, and all eyes will be on me.  She knows that after I take a dip, my body will emerge from the water soaking wet.  She will have to relive that moment when we were jogging, with my wet tits making her husband want me more than her.

They’re having another pool party coming up in a couple of weeks. I’m friendly enough with many of the other people invited so if I were to crash, I doubt anyone would think I’m crashing. Jealous wifey will know, and that’s what I’m counting on. You see, now I’m a little hurt over being left out.  Now I want to exact a little revenge. I am going to go there. I am going to wear a bikini. I am going to enjoy her pool (that he paid for) and I am going to go under the water.  I have something much more powerful than a heaving chest planned for when I come up for air.