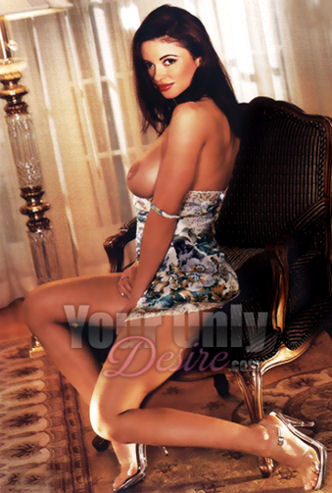 Earlier this week I ran into an old friend that I used to work with. Seeing her in itself was not all that thrilling, but it did briefly take me back to where we used to work and how I attained that particular job. Imagine, if you will, me at 24. I was every bit as sensual and visually arresting as I am today, and I was on the hunt for a new position with better…”Benefits.”

Finding a job has never really been that difficult for me. My powers of persuasion have always served me well. Those same powers are also what helped me convince my friend to line up an interview for me. This was for a position we both knew I was nowhere near qualified for. A small, but very profitable, financial firm was hiring for a new personal assistant to one of their Vice Presidents. The qualifications list was extensive, and I didn’t meet half of the requirements, but when have you known yours truly to let silly little details like that get in the way of what I want?

I knew going into the meeting that I had big shoes to fill, so I had every intention of flaunting all of my assets!  After carefully selecting every item from my peep-toed pumps to my glistening lip gloss, I arrived positively dripping in sensuality.  Ignoring the resentful glares from the frumpy temp at the front desk, I sauntered into the VP’s office owning my confidence and proudly wearing my tits. It was no surprise that I  was met with exactly the reaction I expected.

Scribbling on a notepad he did not look up right away. “Ashlee, I understand you’re interested in…” his jaw dropped as he caught sight of me. Frozen in silence, he surveyed my curves that were accentuated even more by my formfitting summer dress. He tried not to salivate as he attempted to compose his reaction (ahem…”Erection” that was evident even from behind his desk.)

“I’m hoping you have a position for me” I said with a coy smile as I slid into the chair across from him. He stammered for a moment, and replied “Yes, of course. A position…he uttered.” Shuffling a few things around on his desk, he commented that he did not seem to have a resume for me. “Is that really necessary?” I asked, leaning forward slightly to afford him a better view of my heaving cleavage.

“Well, I suppose not” he murmured before loosening his tie a bit in attempt to come off as cool and collected. I studied him across the desk, noticing the perspiration forming on his brow. There I was, not 5 minutes in and I already knew I had him.

Having done my research beforehand, I had a pretty good idea of what kind of man I was dealing with. He was Middle-aged, attractive, hard-working and quite successful. He was married to a typical suburban housewife who he likely thought was hot (Okay, I embellished a bit “Lukewarm”) at one time. But now she only put out on his birthday or after a few too many drinks at the office Christmas party. Even when she did gift him with sex (her word, not mine!) it seemed contrived and awkward.

On paper he appeared to have it all. The trouble was that he was lonely, overworked and underappreciated. It turns out that I was indeed qualified for the position. In fact, I was qualified for many different positions!

Give me a call…I just love expanding my resume (wink!)